Been a bit skint on content 'round here recently, eh? Forgive me, I've been preparing for my presentation at next week's noise conference at the University of Salford. I'll be part of the first panel, on "Post-Punk Noise" (July 1, 11:30am in room AH012 of Adelphi House; chaired by Sheila Whiteley), alongside Michael Goddard, who will be speaking on The Gordons/Bailter Space & The Dead C. Despite the butterflies in the belly, I'm quite pleased to be the very first panelist of the whole conference because afterward, I can kick back and actually enjoy the three-day brain massage instead of cold-sweating over my presentation. Topics on docket include:
...and so much more. I'm going to come home either 25 IQ points higher, or woefully confused.

Reproduced below is the abstract of my presentation, which I submitted to the call for participation. Inspired by Ian Svenonius' "Rock 'n' Rolligion" essay in The Psychic Soviet, it grew out of an idea I first kicked around here several years ago: that the theological analog of noise music was atheism. As I'll be elaborating next week, I quickly decided this wasn't a compelling comparison: noise rock, as typified by its early American practitioners, is more directly paralleled by Pentecostalism.

A few things have changed between by initial proposal & the final paper, especially how I frame noise music in Japanese society; the conclusion has also taken on a more theoretical tone. But the gist is essentially the same. Anyone not attending the conference who has an interest in reading the paper, please e-mail me. Endnotes are included in the comment section.

Make a Joyous Noise: The Pentecostal Nature of American Noise Music
American noise music is intrinsically different from that of other, less-religious cultures. European noise music can be understood as a response to “the collapse of the industrial city,”(i) while Japanese noise music may be an uncanny inversion of traditional ongaku (“enjoyment of sound”). But American noise music finds its symbolic roots in another American original: Pentecostalism. A nation forged by religious die-hards and prone to recurrent flurries of theological fervor, the United States is a professedly Christian country. Yet since the Second World War, religion has been supplanted by pop music as America’s sociocultural fundament. According to punk polemicist Ian Svenonius, this “radical transformation… from the Christian doctrine of denial to a new capitalist religion of eating a lot”(ii) was a consequence of postwar wealth and power, as rock ‘n’ roll was constructed as “a capitalist cult”(iii) that “worship[ped] the tenets of the market economy: consumerism, newness, and planned obsolescence.”(iv)

In order to seduce converts, rock and pop music necessarily resemble the Christian template, down to its constituent sects: “Work cults like indie rock resembled Seventh-day Adventists, garage and rockabilly purists resembled the Amish (for whom history had stopped at a certain moment),”(v) etc. Noise music is modeled upon Pentecostalism, a movement born (again) in 1906 “designed to reproduce in contemporary time the church originally established on Pentecost, A.D. 30.”(vi) This reductionist approach was constitutional to the late-1970s No Wave scene (wherein American noise music became recognizable as such), whose bands abandoned canonical (blues) forms and “rearrang[ed] the basic building-blocks of music.”(vii)

Dispensing with constrictive protocols and hierarchical divisions between “conduit” and audience, both noise music and Pentecostalism are “drawn to the irrationality posited by the possibility of any, all and no meaning,”(viii) baptizing its participants in “the power of a spectacle that is physically oppressive”(ix) – volume for the former, the Holy Spirit for the latter. Further, both seek to return its participants to a pre-lingual, pre-subjective state via “abandonment of the priority given to consciousness, knowledge and the mediations of language… creat[ing] new affects and compounded emotions… for which there is no language.”(x)

Ultimately, the same dangers threaten to extinguish both noise music and Pentecostalism as potent forces. The first is institutionalism: the ossification of practice and “a rapid accumulation of stock gestures”(xi) that signify “authenticity” while betraying the opposite. The second is success. Noise music that ceases to be noisome loses its essence, becoming mere music. Meanwhile, should Pentecostals live to see the Second Coming, it would put a literal end to their faith. “Success would, in any case, signal the end…”(xii)
at 3:23 PM 10 comments:

Of which I can now never officially be a member.

For Fans of La Furia Roja

A word of advice to Spain: possession might be nine-tenths of the law, but the last tenth is doing something with it.
at 1:02 AM 3 comments:

I realize it may be gauche to repost something I myself wrote, but I feel like the point is valuable enough not to be left sulking at the ass-end of a comment thread... 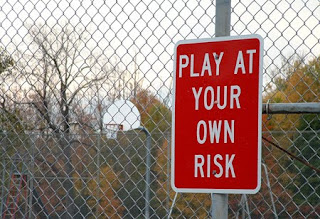 I did read Abebe's piece on Pitchfork RE: the NYT/M.I.A. fracas, and it was indeed pretty good. Though the whole cloak metaphor was thoroughly ground into glue. And as much as I'd like "to not act like she's speaking for anything beyond her own messy self," such dubious hair-splitting lets people apologise for incredibly dangerous politics/artists/aesthetics. Let's replace "M.I.A." with "Burzum" and "militarized underclass" with "white-supremacist pagan theocracy" and see how quick people are to "swallow the music and spit out the cloak" - and whether or not embracing the medium while rejecting the message seems acceptable in the first place.

Besides, Maya Aruplragasam herself insists that her listeners don't make such distinctions. Pity for her fans that are busily crafting the narrative (as ventriloquised by Simon Reynolds):

"of course pop stars talk drivel about politics, of course they're all about empty gestures and sensationalism and pointless provocation. That's what makes it pop, what makes it good pop actually. It's pop music, what did you expect?"

Crooks & Liars asks what I've been wondering myself: why is Helen Thomas (who held G.W. Bush's feet to the fire more than any other White House press corps suck-up) ignominiously shoved onto an ice flow because people confused anti-Zionism with anti-Semitism, while bloody Ann Coulter & Glenn Beck are not only still on the air but are boosting books by Nazi sympathisers?
at 8:14 AM 1 comment:

Email ThisBlogThis!Share to TwitterShare to FacebookShare to Pinterest
Labels: Bullshit, Hypocrisy, Media, Politics, US VS. Them

In case you don't know how much that is. 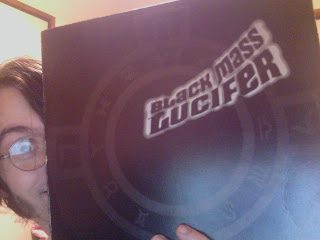 And in case you don't know what this is.

More conversation on record collecting in Tokyo a bit later... now's the time for a celebratory spin!
at 7:33 PM 3 comments:

Imperial Violence On a Blockbuster Budget

Several months after the fact, but more scorn can always be heaped upon apologias for military-industrial oppression, am I right?

Unlike the Academy of Motion Picture Arts & Sciences, I didn't like The Hurt Locker - not that it's utter shit. The script suffers from a post-24 lack of narrative focus, but the film's strengths are plain to see: the actors acquit themselves admirably, and the cinematography is gritty & gripping. But like Quentin Tarantino's magnum o' post-modernism Inglorious Basterds, Kathryn Bigelow's film is a smug tribute to American hegemony. While Tarantino reiterates the United States' claim as the sovereign of narrative (fictional and, it's presumed, otherwise), Bigelow cheerleads the great American pastime of the last half-century: state-sanctioned violence.

As many a writer has been hasty to point out, The Hurt Locker is ostensibly a film expressing America's disillusionment with military endeavour. Instead of the square-jawed stoicism & heroics of WWII epics, we witness the tears, dread, incessant stress, and boderline breakdowns of the modern American soldier. But this doesn't encourage the United States to holster its weapon and retire to the quiet discomfort of being a former imperial power. Quite the opposite: by emphasizing moral ambiguity & displaying its scars (psychic & physical, societal & personal), The Hurt Locker shows that we are intimately aware of the chronic difficulty of military engagement - and yet we accept these hardships because such are the costs of the imperial adventure. We accept these hardships because of our nobility, our conviction, our strength of will. The locals are an anonymous throng of shape-shifty brown folks whose true intentions are foggy & dubious, but we are not so cowardly to deny our mission. Though our methods are flawed, our intentions are good. Though we doubt & struggle, we will not betray our commitment.

This is the same self-assurance of moral superiority that Žižek saw in the "darkening down" of such modern bastions of justice-in-action as James Bond and Batman. The "Boy Scout in blue" certitude of old-school superheroes doesn't reflect the endless complexity of contemporary society. As our iconic lone wolves suffer from all-too-familiar faults (e.g. doubt, vengefulness, lapses in reason) they reassure us that they understand the full scope & equivocality of the situation, while enacting their mission precisely as though there were no obscurity or ambiguity. Before, we enjoyed our violence because it had the full weight of Good & Truth behind it. Now, we enjoy our violence because it is difficult, invigorating, sadomasochism as proof of our dedication & macroscopic understanding. And make no doubt that we enjoy it, as attested by the the absurd slo-mo pimp stroll army recruitment ad of The Hurt Locker's final minute.

Bigelow's next project is slated to be "an adrenaline-filled exposé of life in the notorious triple border region between Argentina, Brazil and Paraguay." I'm curious to see how bare she'll strip the scenario of social, economic, and military entanglements so dense it makes Traffic look like a Jim Jarmusch short. No doubt the film will prove that, asymmetric enforcement be damned, America has the intestinal & technological fortitude to make the difficult decisions in the War On Drugs, and the darkly-pigmented locals will be dealt with all the depth & feeling of a first-person shooter.
at 11:44 AM 1 comment:

Email ThisBlogThis!Share to TwitterShare to FacebookShare to Pinterest
Labels: Movies, Politics, Theories, US VS. Them, War, Zizek

Plagiarism, while nothing new, can still be damnably annoying. But given that every new technology of the past 20 years is about reproduction, re-representation, and relay of information, artistic theft has swollen to comical dimensions. So The XX ripped off a second song at the same time - yeah? Only two uncited sources? Fucking amateurs. These days, you've either gotta monopolise a single inspiration like a timber wolf standing over a fresh kill, or steal from so many simultaneously that Bernie Madoff looks butterfingered by comparison. I'm talking Bomb Squad, El-P, Disco Volante-era Mr. Bungle, not the sloppy smash-'n'-grab of Girl Talk or some post-Koyaanisqatsi day-glo bullshit.
at 9:18 AM No comments: