Once More, With Loss Of Feeling...

Okay, at the risk of looking for a horse to beat in a glue factory, let's review the facts one last time.

Kill lists, murder by unmanned android, sweeping civilian deaths under a semantic rug, harshest enforcement of the Espionage Act ever, indefinite detention: a handful of "radical" leftists get upset.

Guarantee that citizens needn't go broke or die for want of quality healthcare: half the country loses its goddamn mind. 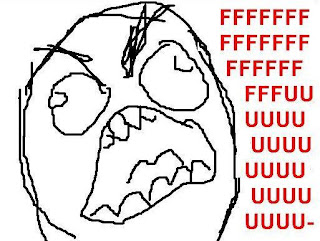 Email ThisBlogThis!Share to TwitterShare to FacebookShare to Pinterest
Labels: Bullshit, DC, Politics, Rage, US VS. Them

Almost exactly two months ago, I had the pleasure of meeting Carl of The Impostume fame in a rank Fukuoka nightclub. He'd been kind enough to come see my band on the last night of our tour - a gig that promised to be, and indeed was, a sweaty madhouse with bodies & beer flying around the room. Not only is Fukuoka our bassist's hometown, but it effortlessly lives up to its reputation as a city of hard-drinking yet unreasonably good-looking shit-kickers.

Stumbling offstage a sweaty & smoke-wreathed mess, I joined Carl at the bar for a lively & lengthy chat that meandered from music to trade deficits and everything in between. Since we'd previously only been acquainted as brothers-in-blogdom, it was inevitable we'd wind up talking about life online and, specifically, how so many amateur bloggers are either turning pro or - more often - unplugging completely. Carl was refreshingly upbeat about this cyber-sea change: he felt that the expanse of online existence was helping crush provincial arrogance and petty indignities. "Once people get off their soapbox and take a breath," he said, "they might see that, actually, reality is far more interesting and varied than they might have thought." 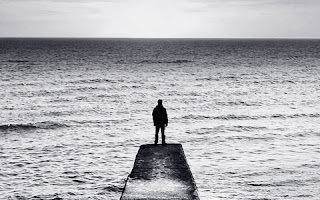 I'm considerably more cynical about what's driving this shift. The thing that upsets me about the ballooning number of abandoned blogs is that so many smart, sharp voices have been steamrolled into silence by the bleating glibness of microblogging, the Book of Face, Pintrest, tumblr, Twitter, et cetera ad nauseum. It's a tl;dr world and a great many writers who refuse to reduce their ideas to bumper-sticker sloganeering have simply thrown in the towel.

Of course, that doesn't mean there aren't good writers to be found in abundance online. There's Mobutu Sese Seko at Gawker, Glenn Greenwals, Paul Krugman, and Adam Curtis, not to mention the whole of Alternet, Counterpunch and - oh yes - Cracked. But every one of those writers is a reliable shake of the left fist, as essential yet dully predictable as the coffee I sip while reading them. The writers unfettered by assignments or editors, writers with rangy & irregular interests who'd frequently delight, sometimes infuriate, and often surprise me - K-Punk, Ads Without Products, Pere Lebrun's Kasper, Owen, and yes of course Carl too - where have they all gone? 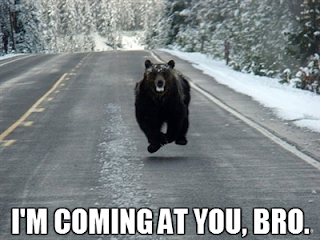 But if I'm so interested in keeping the conversation alive, why haven't I posted a damn thing in over two months? Well, because Carl is right. Every time some rant-worthy outrage would arise (Kony 2012, the coup in Mali, Marine Le Pen, Golden Dawn, HBO's Girls) I'd promise myself a moment to type some appropriate invective... and then life would intercede in all its fluid, multifarious glory and I'd just never get around to it. Gigs, band practice, playing with new microphones, learning a foreign language, perfecting my Italian sausage soup recipe. Reality is indeed interesting and varied.

So why does it still bother me that I've been so absent online? It has something to do with Hipster Runoff - a website that has rapidly degenerated from a once-amusing, affectedly disaffected pomo think-tank into the bastard of Vice magazine and TMZ. The one qualitative buzzword that HRO seems to fret the most over the most is "relevant," and that is precisely what I am guilty of as well. Social media's hyperacceleration of the nanosecond news-cycle means that, between the time that an event occurs and that I finish doing the laundry, the window for pithy au courant commentary has already closed and what I have to contribute is no longer relevant.

But relevant to whom exactly? Who am I trying to impress? What am I missing that I can't elaborate, examine, and enjoy with my friends, my bandmates, my peers, my wife?

Obviously, I need to get the fuck over myself. I should consider myself lucky that anyone outside of my tight little cohort would find anything I have to say interesting. I should also stop kidding myself that this - spewing bile into chasmic indifference of cyberspace - is a priority. That doesn't mean I'm withdrawing exclusively to meatspace. I'm sure, on occasion, something will be so irresistibly aggravating or exhilarating that I'll be compelled back here. Hell, as long as I'm here, the blog's here. Or it will be until some of that unendingly-threatened legislative napalm is dropped on the internet.

But really now: I turn 30 today. I should at least start to consider growing the fuck up.
at 8:30 AM 6 comments: