Why I Won't Live In New York No, no, no, not this time. Irresistible as it is to swing at fashion victims, dilettantes, subcultural sycophants, narcissists, obsessive self-documentarians, trust-fund-diapered fauxhemians, post-modernist dullards, nostalgia-wracked romantics, obscurantist one-upsmen, and practitioners of a sad, perfunctory hedonism... I'm not doing that today. After all, you can find all manner of these loathsome parasitic specimen in any urban locus larger than 100,000 people. Yes, there are dense concentrations of them in the Big Apple, but where aren't they in the western world now? Baltimore? Winnipeg? Blackpool? Maybe Dundee...

No, I fear what mutation New York would trigger within me over an extended period. Time seems to be unusually cruel towards New Yorkers (especially adoptive ones) who neither succeed nor have the good sense to leave. This spiritual deformity stems partly from the incessant shoulder-bumping between classes. Outside of police states, nowhere else is so little heat generated by the constant friction between the poor & the powerful, thanks to a détente predicated upon two paradoxical conceits:
Thus, whether you're looking up or down the socioeconomic ladder, those you see at the other end serve as evidence of these axioms. Of course, both are false and highly corrosive to dignity & compassion. But most pathetic is when someone past the crest of their youth & enthusiasm clings so desperately to the second factoid - someone who never got the brass ring, the corner office, the record deal, the sitcom pitch, the movie rights, the solo exhibition still despondently dry-humping the striated husk of their adolescent ambition because they never realized, as George Carlin did, "it's called the American Dream because you have to be asleep to believe it." It reminds me, most witheringly, of Armando Iannucci's reality check to the aged & developmentally arrested:

The past is a distant yacht. What you haven't done now, you'll never get done. Possibility is a private party to which you are no longer invited.

You see, over at Ads Without Products, some poor schmuck who happens to share a name with one of British blogdom's most esteemed thinkers felt the need not only to make his own existence known, but to claim dominion over his name in- and outside his own idiom and to request the offending post be removed. Perhaps his argument would have been better made if he hadn't tried crassly to Google-bomb himself, with what appears to be a 10-year-old Russian peasant's grasp of the English language.

(AWP sensibly did not remove the post, especially given that Mark Fisher stumbled upon it five months after the fact.)

This behavior is all too typical of folks over 40 I've met who've tried to take a bite out of the Big Apple and were themselves chewed up & spit out. They ooze a clammy insistence of their own importance, their self-promotional monologues pinballing schizophrenically between their achievements, their (poorly feigned) comfort with obscurity, and David Icke-class theories of how their rivals/corporate America/"the fuckers" have conspired to suffocate their career. They're often depressingly humourless, hyper-sensitive, and pepper their speech with more profanity than a sailor on shore leave. Consequently, they're unreasonably hard to follow in conversation (and even moreso in written missives).

This isn't to say that they haven't produced works worthy of admiration, or that they can be very pleasant & interesting people. But ceaseless nagging by the sad resentment that I never got my due isn't a fate I'd wish on anyone - least of all upon myself. 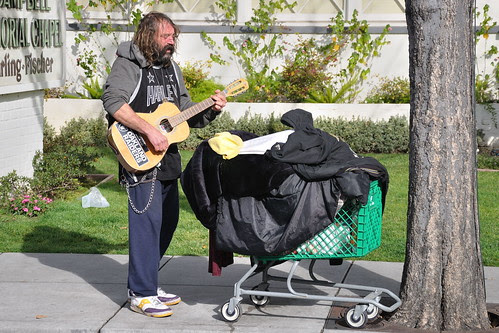 Speaking of assholes in New York City... allow me to dogpile atop the South Park/Mohammed controversy by basically reiterating what Jon Stewart said last night. If the threats of violence came from some shadowy fundamentalist cabal overseas, okay, Trey Parker & Matt Stone should probably lay aside any planned North African or Middle Eastern excursions, but that's where the danger would end. But these threats came from some baker's-dozen of lunatics based in Manhattan - where, mere miles from Ground Zero, they can praise Bin Laden, celebrate the anniversary of 9/11, and make intimidating pronouncements against South Park because they, the fundamentalist shitbirds, enjoy protection under the First motherfuckin' Amendment. And yet, with the full wrath of a vengeful god behind them, these self-righteous cowards haven't even the strength of their own convictions, offering some mewling mitigation that they were "helpfully" pointing to the historical precedent of Theo Van Gogh to "warn" Parker & Stone.

Quoth Mr. Stewart, to all those who would threaten violence based upon religious or political ideology: Go fuck yourselves. Two times.

Email ThisBlogThis!Share to TwitterShare to FacebookShare to Pinterest
Labels: Frustration, Identity, Paranoia, People, Religion, US VS. Them

I dunno,I'd like to live in NYC and it's not cos I believe all my dreams would be there either. Last time my mom and I went there, our stay was only two days,so we didn't get to see much cept for the MOMA which I loved. I wanted to see the guggenheim too..and Central Park. That and despite the bowlderized version of Time Square(well, depending on who you talk to), lots of great stuff's come from there: Ramones, Sonic Youth, Andy Warhol, Velvet Underground, The stonewall inn,all kinds of awesome things.

Don't get me wrong, I completely understand the attraction of the place and respect it for what it is. There's also plenty of places I'd really hate to live by comparison (L.A., Detroit, China).

But first off, I'm built wrong for it. NYC is a city of extroverts who, at their core, are fundamentally laissez-faire, lest they have a coronary. I, on the other hand, prefer a big buffer between me & those around me, and once that barrier is breached I get pretty unpleasant. In NYC, I'd be in jail within a week for beating a convenience store clerk to death.

As yeah, yeah, yeah, Warhol, the VU, CBGBs, Talking Heads, SY, Scorcese, etc. all hail from NYC, but so what? That was then. Paper, moveable-type printing, Sun Tzu's The Art of War, the blast furnace, acupuncture, the toothbrush, the flamethrower, forensic entomology, the I Ching, and Bruce Lee all come from China, but that doesn't mean I want to live there now.